Sometimes it just doesn’t turn out the way we planned 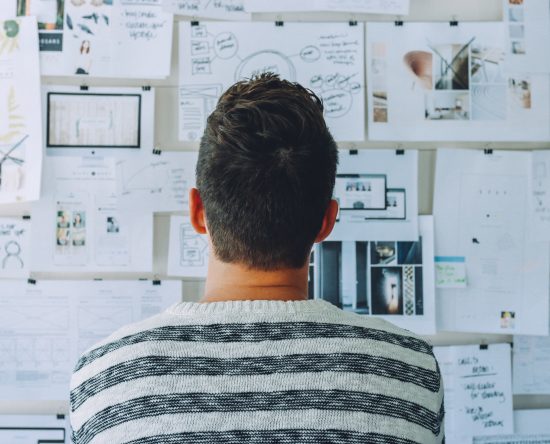 A pretty woman was serving a life sentence in prison. Angry and resentful about her situation, she had decided that she would rather die than to live another year in prison.

Over the years she had become good friends with one of the prison caretakers. His job, among others, was to bury those prisoners who died in a graveyard just outside the prison walls. When a prisoner died, the caretaker rang a bell, which was heard by everyone. The caretaker then got the body and put it in a casket. Next, he entered his office to fill out the death certificate before returning to the casket to nail the lid shut. Finally, he put the casket on a wagon to take it to the graveyard and bury it.

Knowing this routine, the woman devised an escape plan and shared it with the caretaker. The next time the bell rang, the woman would leave her cell and sneak into the dark room where the coffins were kept. She would slip into the coffin with the dead body while the caretaker was filling out the death certificate. When the care-taker returned, he would nail the lid shut and take the coffin outside the prison with the woman in the coffin along with the dead body. He would then bury the coffin. The woman knew there would be enough air for her to breathe until later in the evening when the caretaker would return to the graveyard under the cover of darkness, dig up the coffin, open it, and set her free.

The caretaker was reluctant to go along with this plan, but since he and the woman had become good friends over the years, he agreed to do it.

The woman waited several weeks before someone in the prison died. She was asleep in her cell when she heard the death bell ring. She got up and slowly walked down the hallway. She was nearly caught a couple of times. Her heart was beating fast. She opened the door to the darkened room where the coffins were kept. Quietly in the dark, she found the coffin that contained the dead body, carefully climbed into the coffin and pulled the lid shut to wait for the caretaker to come and nail the lid shut.

Soon she heard footsteps and the pounding of the hammer and nails. Even though she was very uncomfortable in the coffin with the dead body, she knew that with each nail she was one step closer to freedom. The coffin was lifted onto the wagon and taken outside to the graveyard. She could feel the coffin being lowered into the ground. She didn’t make a sound as the coffin hit the bottom of the grave with a thud. Finally she heard the dirt dropping onto the top of the wooden coffin, and she knew that it was only a matter of time until she would be free at last. After several minutes of absolute silence, she began to laugh. She was free! She was free! Feeling curious, she decided to light a match to find out the identity of the dead prisoner beside her.

To her horror, she discovered that she was lying next to the dead caretaker.

Many people believe they have life all figured out….. But sometimes it just doesn’t turn out the way they planned it.

Do you have one?

When I meditated on the word   Guidance, I kept seeing ‘dance’ at the end of the word. I remember reading that doing God’s will is a lot like dancing. When[…]

Make Sure it is a problem before trying to solve

One fine day, a bus driver went to the bus garage, started his bus, and drove off along the route. No problems for the first few stops – a few[…]

Every company in the world is trying to use AI to be more innovative and efficient. If you think of building an AI product say a robot X, what all[…]